Taking care of our home and families to the glory of God. 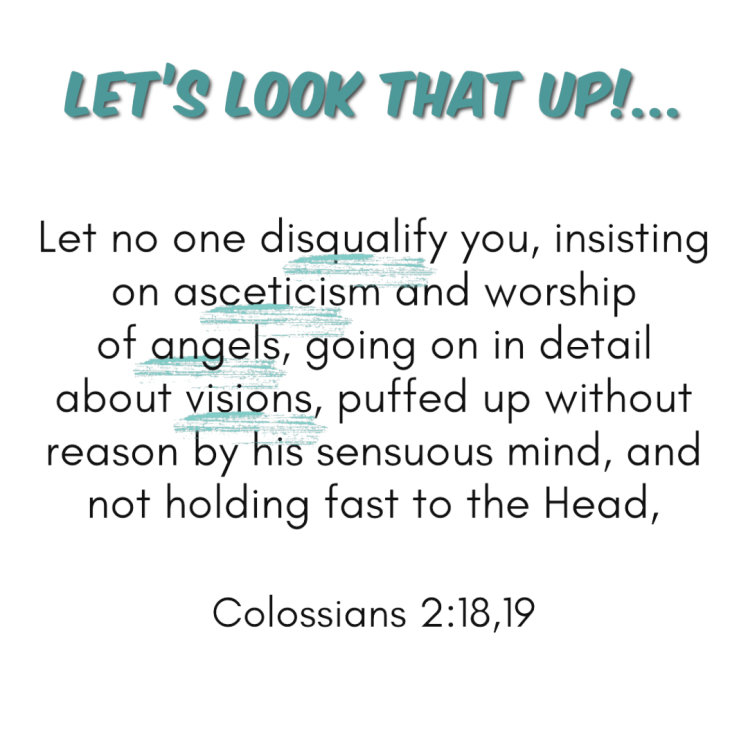 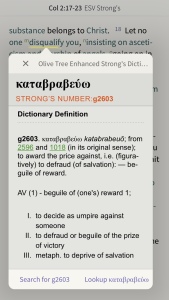 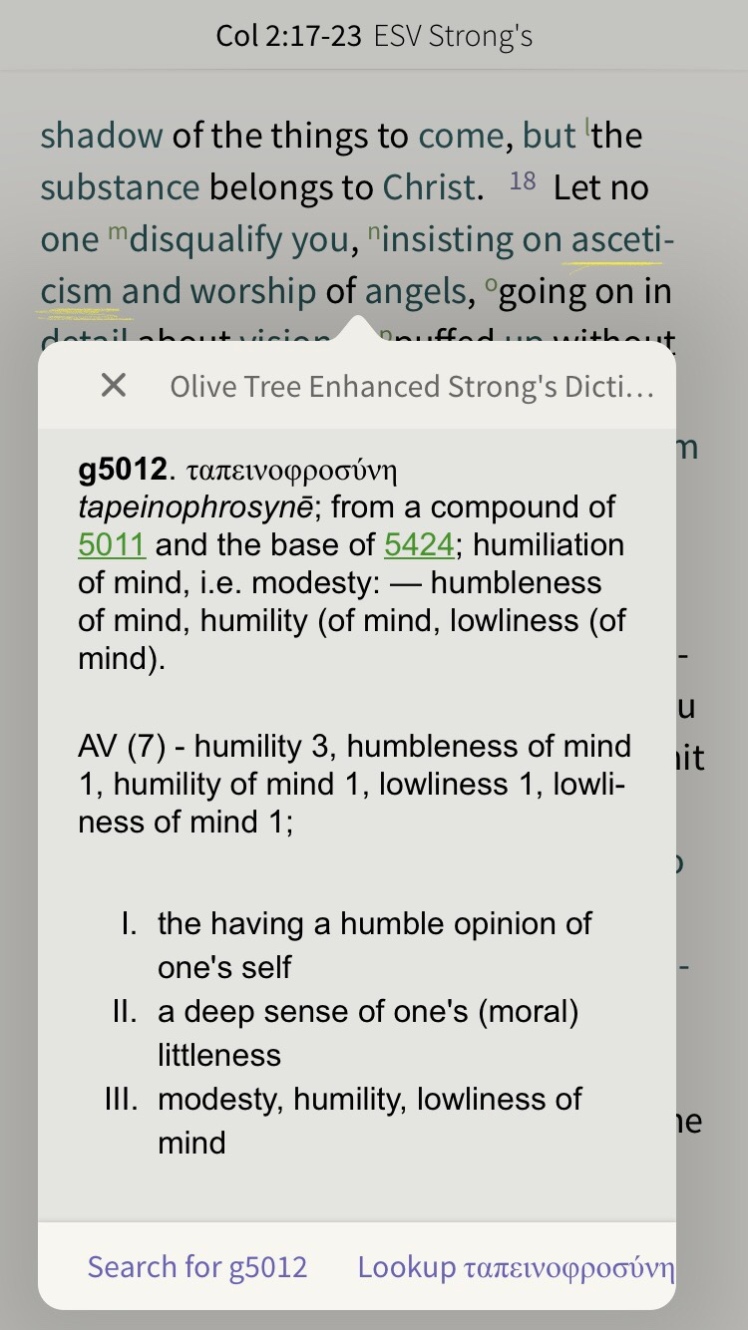 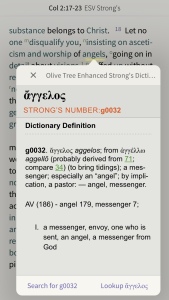 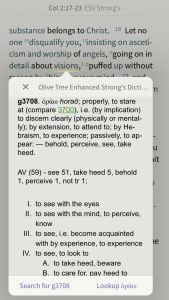 Colossians 2:18 could be a confusing verse to us 2021 English speaking North Americans. It’s why a concordance is a great friend!
Let’s rewrite this verse looking up the original meaning of a few of those words that may trip us up in our trusty Strong’s Concordance. Swipe to see the process. Let me know what ya think! 😉

God’s faithfulness is proven in difficulty, not ease.

It was a huge blow. “It’s a brain tumour.” It’s been 5 years today since that first 10 hour brain surgery.

My parents had just flown out to visit my sister in Edmonton, excited for a visit with a pile of grandbabies. But dad could tell as the hours wore on something was terribly wrong and by the time he was getting ready for the day that first morning in Alberta it was obvious a trip was needed to the hospital. Hours later it was confirmed, a huge brain tumour needed to be dealt with right away but dad chose to fly home immediately and have the surgery here in NS. Enter a massive life change. That year was tough (read a bit about it HERE & HERE ) and it’s turned into 5 years of tough that God just keeps sanding away some rough edges I had no idea were there.

Many of you know the feeling. Life is normal, life is good, then in an instant everything changes and will never be the same. How can one be prepared for such change? How can a person be prepped for hardship and anguish? I’ve got an answer.

God moves in such mysterious ways. Again and again He has shown me over the years that I’m in control of squat-diddly. And He has shown me He is merciful and gracious to me though I am but dust (Psalm 103:14). For months leading up to that night when I received the call about dad I had been thrust, and I mean thrust, into Scripture. Without realizing it God was preparing me for some heavy duty lessons. For years I had been up before my kids to do Bible reading but in the late spring before that tumour was found my oldest son had a job that required him to leave the house at 5:30am, and I got up with him. I stayed up and pretty much every morning had about 3 hours of Bible time all to myself in which the theme again and again kept popping out of Scripture of SACRIFICE. What sacrifice looks like. Why we sacrifice. Willingness to sacrifice…. I made copious notes and prayed hard thinking I was learning a deep lesson but not a clue that an exam was coming up.

It was all that I had studied and written that was then played out day by day that intense first year of surgeries, paralysis for a bit, infection, cancer later, and deep mental suffering… It was hard. But the Truth had already been embedded into my soul. What I had read and meditated on for hours each day became my strength and joy in pain. Reading my Bible was the answer to being ready. I had hidden so much of God’s Word in my heart that the tremendous life-saving essentials I’d found there in easier times couldn’t be ignored and the Spirit would give quiet confidence in the most unlikely of times. Where would I be without that? It terrifies me to think about it. God knew how much prep work I needed.

I want that preparedness for you. I want everyone to be ready for the difficulties that will surely come. It’s one of the reasons why I shout from the roof tops to ‘READ YOUR BIBLE!’. 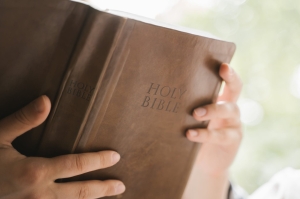 Since those trials of tumours and seizures more trials have come. Some I dare to say have been harder than the medical emergencies of those days. God has to deal deeply sometimes and cleansing can be extremely painful. I have thought often that I would not survive… and yet His Word will not let me alone. He keeps rushing His Spirit upon me through the darker times and reminds me of His tremendous faithfulness…. something learned only in the valleys???

Jesus is the answer. He always is. I have found Him again and again, deeper and fuller, every time I open my Bible.

Join us in the Bible Challenge and build your strength for battles yet to come! 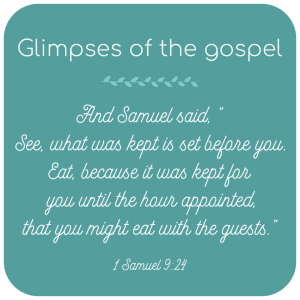 Never stop watching for the gospel. God has it whispered (shouted once you start noticing?) all through the pages of every book. 🙌🏻🙌🏻🙌🏻🙌🏻 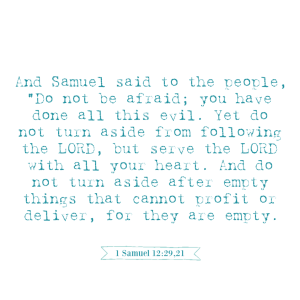 God is so gracious and merciful. We mess up and find ourselves in sin again and again and this is His message. Always calling, always drawing us back to fellowship, always reminding us that all else but Him is vanity and pious fraud. It should make us forever wonder at the fact that it has pleased the Lord to make such a people for himself. Glory, His mercy is astounding. 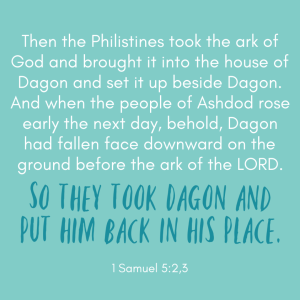 These verses are a perfect picture of so much today that exalts itself above the knowledge of God.

Ask God to show you any Dagons in your life. Is there something you’re trusting in more than in the Sovereign One? Is it more important to you to keep carrying on with what you know and are familiar with, even though it falls short, rather than willingly put yourself under the judgement and care if the all-powerful God?

Anyone want to list a few possible ‘Dagons’ of our day? 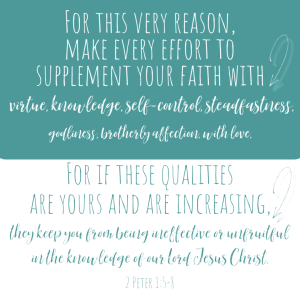 Want to have a productive day? It’s not about the food made or the cleaned house. It’s not about the prep work for tomorrow or that thing that has to finally get done and crossed off the list from yesterday. Even if nothing on the to-do list gets completed ~ if you get these things done, God considers it an EFFECTIVE & FRUITFUL day!
Ponder these verses a lot this week. Ask God to remind you of the eternal qualities instead of believing there’s more glory in the temporal. 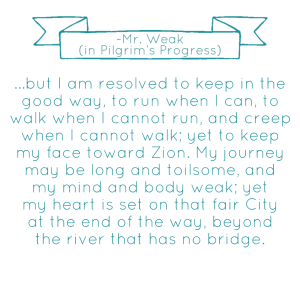 Set your hope fully on the prize before you. Gird up those loins and give it all you’ve got, whether it’s running or crawling… just keep your eyes looking ahead to Zion… keep moving, no matter how slow it feels.

Your heart moves toward what gives it the most hope and it is easily deceived and desperately wicked. It needs to be trained to know the only true Hope.

Read your Bible. There is prep work to be done to ensure your forward motion in the right direction! 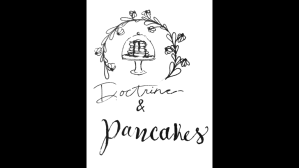 A new chat is up on the Doctrine & Pancakes page. Want yo hear us chat about everything from opposition & pinched babies to seasons & drawing boundaries in relationships?? Check it out HERE. 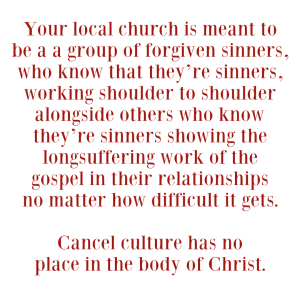 🩸 Written in red simply to remind us of the blood of Jesus that should cover our relationships.

🩸 Hosea is a beautiful reminder of what we are given and consequently to live out for others. Display salvation to the unsaved and grace & forgiveness to your fellow redeemed wretches.

🩸“Having purified your souls by your obedience to the truth for a sincere brotherly love, love one another earnestly from a pure heart, since you have been born again, not of perishable seed but of imperishable, through the living and abiding word of God;” 1 Peter 1:22,23 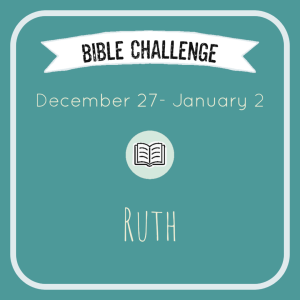 Such a beautiful book to end the year with. Just a couple of pages but they pack a big message in there. Please join me in our last Bible Challenge reading of 2020.